While remembering to be thankful, my two children went from babies to teenagers in a matter of minutes.

First, Coleman got all his baby curls cut off so now he looks like a LITTLE MAN. Dan is extremely grateful for this especially after July 4th when I put him in a cute red, white and blue onesie with an American flag on the front where he thought he looked like a gymnast. Turns out, it was actually a onesie for a girl, so between the gathered sleeves and the long, curly hair, he really did resemble an even shorter version of Mary Lou Retton.
Before: 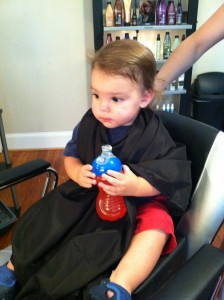 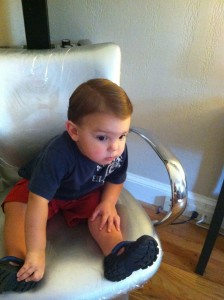 This same evening Brittain started talking about her loose tooth. She’s been talking about her loose tooth for 2 years now so even when she’s talked about it more recently I haven’t paid much attention. We had a special night this night because after going shopping for slumber party stuff we arrived home at 7:30 to find Dan and Coleman asleep for the night. We stayed awake while I made birthday hats. I stood in the kitchen and she sat in there with me. We chatted, mommy and daughter style, much like my mom and I chat when we’re up late by ourselves. It was special. During this time we took turns wiggling her ACTUAL loose tooth. When it got close to midnight I finally told her it was time to go to bed so she headed back to our room to fall asleep with Dan. After just a few minutes I hear my bedroom door open and I see her coming down the hall, walking slowly, with her hands cupped together out in front of her. I hear her say, “Mommy, I lost my tooth.” I doubted what she was saying since this had been a common joke of hers lately. But as she got closer I could tell that this was no joke this time. She opened her mouth, and even through all the blood I saw a small gap at where her tooth USED to be. We celebrated, called the 2 people who we knew were still up (Aunt CC and Mimi) and prepared for the tooth fairy to come that night.

My little girl went one more step toward being a big girl. I was sad and happy all at the same time. 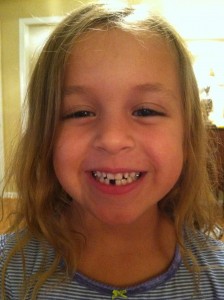 Sometimes you forget to be thankful…

I believe that God has His way of jolting you back into reality. We get caught up in superficial stuff, stuff that we think matters at the time, but doesn’t really actually matter.

God did this to me this morning. I was sitting at work and while I was keeping up with what I had to do at work, my mind was consumed with all things BIRTHDAY. Creating the most perfect 6th slumber party for Brittain has been on the forefront of my mind. Yes, it’s been keeping me from all the other more important things that weigh on my mind everyday, but nevertheless, it’s been what I’ve been allowing my brain to think about.

But then I got an email from my mom. And everything changed.

“So anyway… I had not mentioned it but Aunt Susan found a lump in her armpit night before last. She had a 7:30 appointment this morning where they did a diagnostic mammogram. The female Dr. said there was a large mass but she THINKS it looks like a sebaceous cyst. She is waiting to see a surgeon now to see what his opinion is and she will take it from there.
Found this online and inserted Aunt Susan’s name:

Need Prayer for Healing
I know that God can do all things, and I ask you God right know that by his Son Jesus Christ stripes that Aunt Susan is healed. Let the healing begin. Because God is an awesome God and a great physician. I ask you God to touch Aunt Susan from the top of her head to the bottom of her feet and mend her arm.

At that moment I took a few minutes and repeated this prayer several times to myself. (In case you don’t remember, my Aunt Susan had breast cancer 10 years ago. I have written about her several times on this blog. She has been cancer free since the chemo and radiation, but if you’ve ever dealt with cancer in your family, you know that the thought of it coming back is never far from your mind.)

I went through a few different emotions. Anger, sadness, fear, guilt. Guilt because what in the hell do I worry about everyday? Because the things that I worry about, do they really even matter?

I finished my hours at work and got in the car to head home to my beautiful children. I was so anxious to see them. I wanted to go home where I felt safe and where I felt I had a little more control, because two of the people I love the very most were there and they would be in my possession and I would feel at least a little better.

I ended up getting a text from Mama as I was getting in my car.

It’s confirmed that the lump is indeed a sebaceous cyst. I send a text back that says “That’s amazing news. Praise the Lord.”

Today I have not forgotten to be thankful.

We love you, Aunt Susu. And we are so thankful to have you in our lives.

Because I’m the one who has painstakingly written on this blog for the last 6 years, most of what I write about is my personal experience as a mom to the two of you. But it’s time that you also know what a great dad you have even though he’s not the one who makes himself known here.

I often discuss the joys and pains of being a mom, but it goes without saying that your Daddy has also had his share of these emotions since you were born, Brittain. Moms and Dads experience different pressures. In our family, Daddy shoulders the burden of making sure his family is taken care of. He has the pressure of making sure there’s a home for you to live in, food on the table, and enough money left over for you to experience the “extras” in life.

With Daddy’s new job I have had several days where I’ve laughed picturing him upstairs “working” as the 3 of us are downstairs. I’m trying to get dinner ready; Coleman, you’re toddling around crying because you’re hungry or you just want someone to hold you; and you, Brittain needing attention that I can’t give you at the moment. I picture him upstairs, listening to the chaos that’s going on below him with his feet propped up on his desk, mellowing out to some Dave Matthews Band, waiting for a moment of silence before appearing downstairs just in time to put you in bed. Of course I know this isn’t what he’s actually doing…I don’t think.

There are lots of days I think both of us are just trying to put one foot in front of the other. I get caught up in all I have to do, a lot of which I can’t keep up with, and I often times forget that Daddy is feeling the same way. It’s all about the balance, and while neither of us have really figured it out yet, I wholeheartedly believe that we’re both trying. Daddy sacrifices for us each and every day he leaves for work. Because of his sacrifice I am given the opportunity to be with you and experience the real joy that comes from being a parent. I work just enough to help out a little, but my “real” job is here at home and I’m awarded that because your Daddy makes sure the rest is covered.

It’s been in the past few years that I’ve realized even more the impact that a parent has on a child. I’ve realized how important it is to set a good example. You look up to us. We set the standard. And hopefully you will think we’ve shown enough character that you’ll perhaps want to pattern your lives after us. Daddy’s decision to work the hardest that he can for us is what has provided us the life that we have.

When you’re grown up and reading this, I hope you’ll take a moment to thank Daddy. On this Father’s Day and every other day he deserves to know how much he’s appreciated and how much you love him. 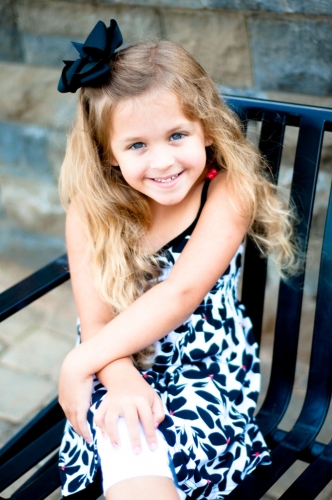 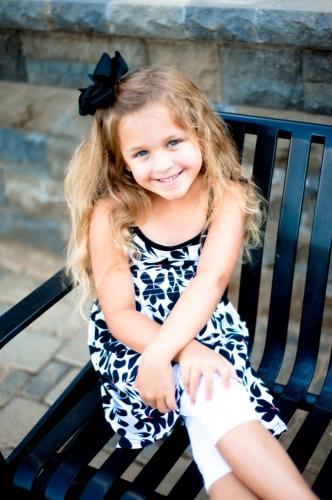 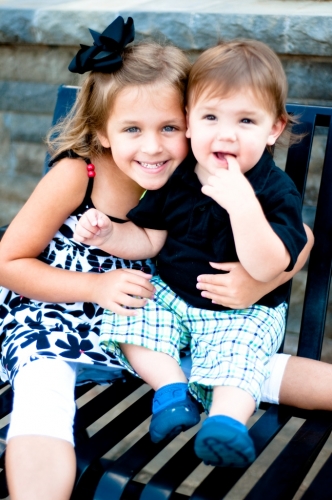 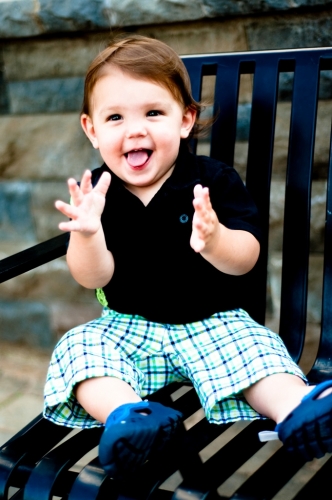 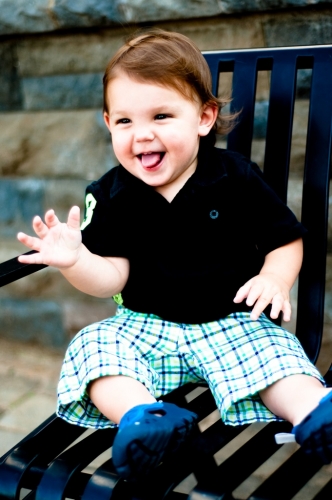 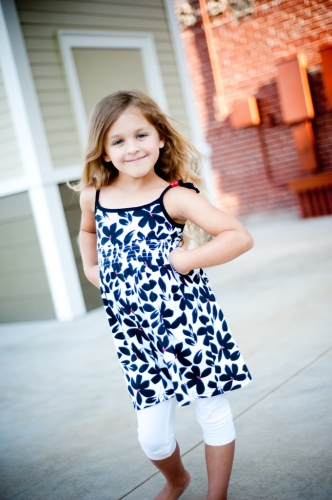 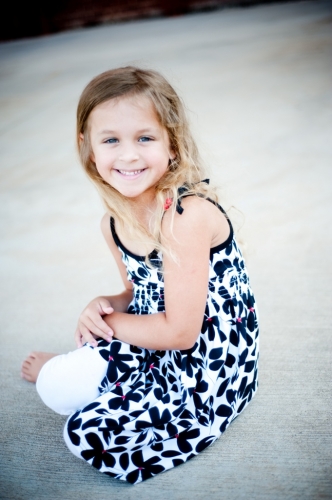 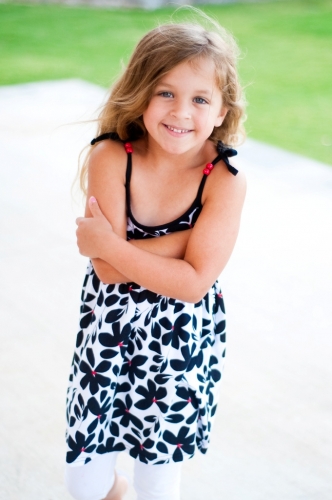 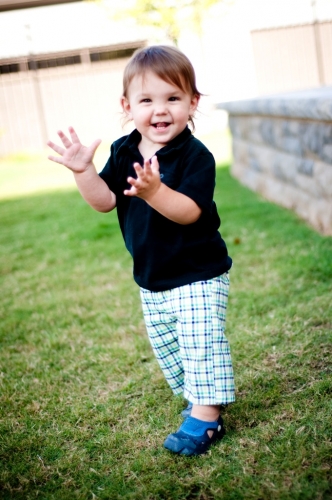 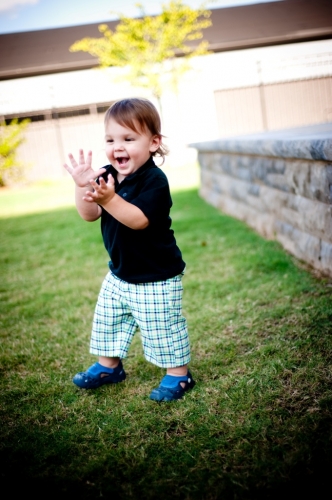 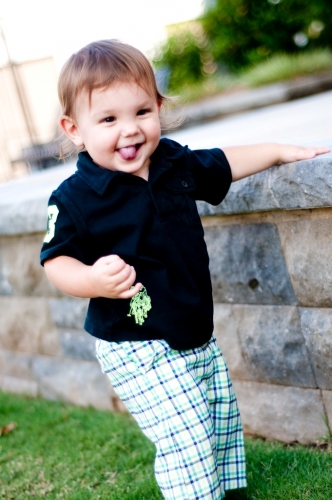 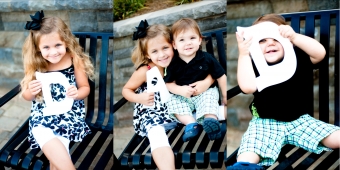